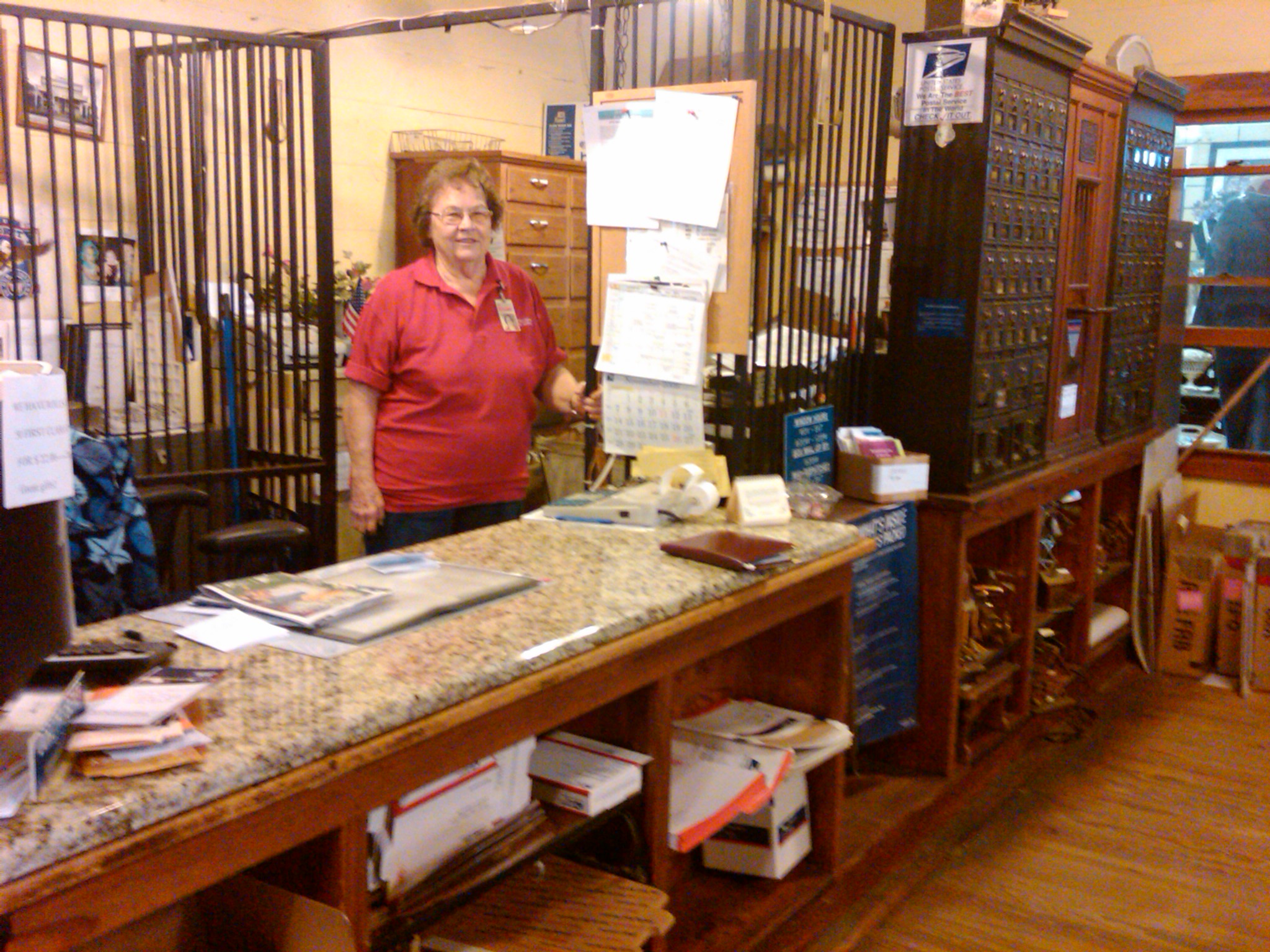 PARKS: There are many state, county and LCRA parks in the greater area as profiled on the Parks page. These nearby parks include: Local parks include: Hye Community Park

EVENT CALENDAR:
For full details on nearby events see Festivals & Major Events, Trade Days & Farmers Markets, Live Entertainment, and calendars on our other focus topic pages accessible from the menu above.

ROADS: For detailed listing of county, state and federal roads in Blanco County, including an interactive map, click: Roads 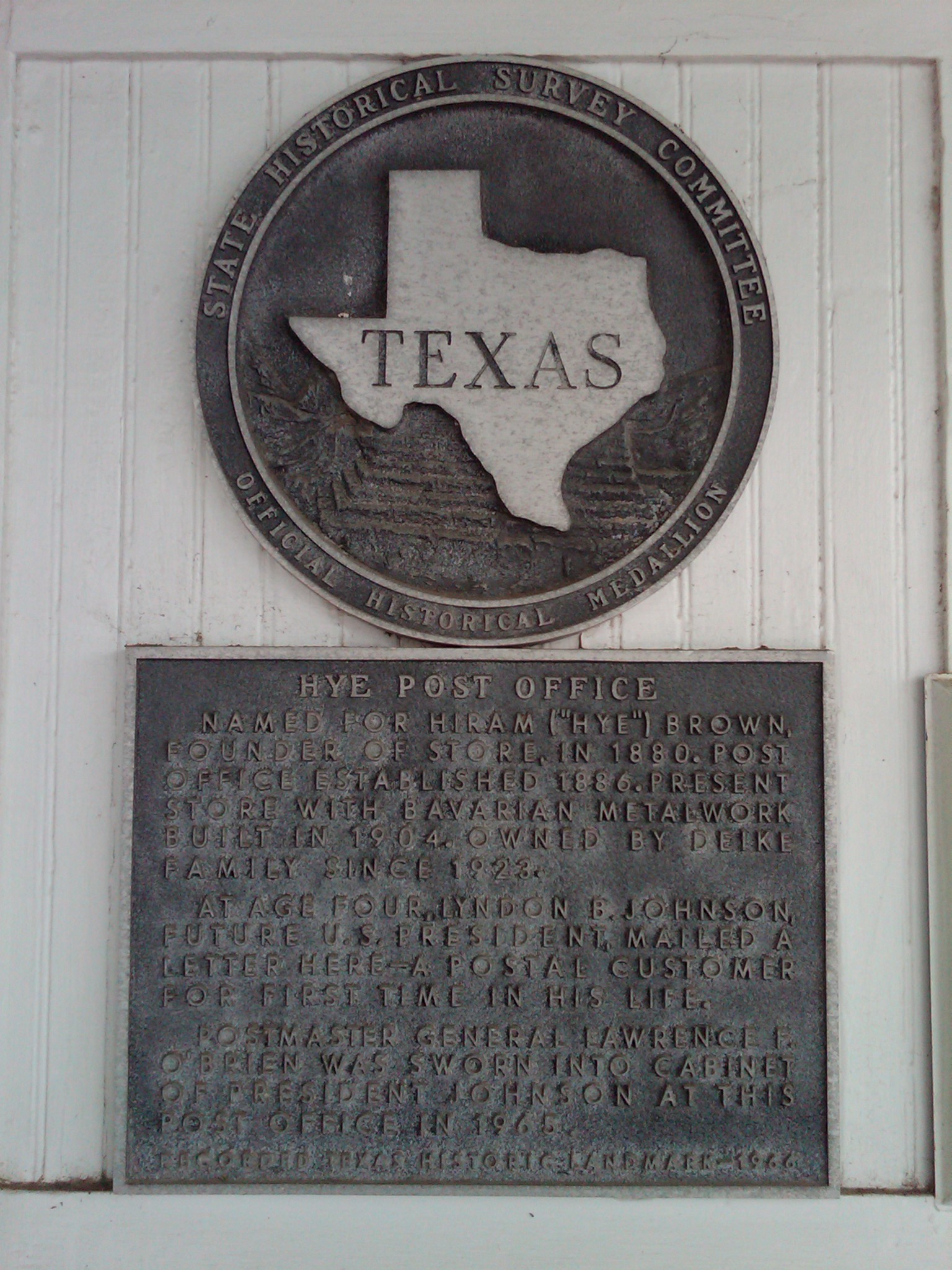 See Handbook of Texas Online:
"Whites settled the area in 1860 when a number of farming and ranching families moved to Rocky Creek, three miles east of the site of present Hye. Rocky, as this area of settlement came to be called, continued to grow steadily throughout the 1860s and 1870s with the influx of both German and Anglo settlers. In 1880 Hiram G. (Hye) Brown, for whom the community was later named, built a small store and house south of the Pedernales River on the Austin-Fredericksburg road at the location of present Hye. Brown had come with his parents to Rocky eight years earlier. In 1886 he established a post office at Hye, which he operated as part of his general store. After the post office came in, other businesses were begun in the area, including a gristmill and a blacksmith shop. In 1906 a cotton gin was erected at Hye, and it continued to operate until 1945. In 1904 Brown built a new structure to house the post office and his business on the south side of the road just opposite its old location. This building, the Hye General Store and Post Office, which in 1966 was entered in the state archives as a Recorded Texas Historical Landmark, still stands today and continues to serve its original function. Hye gained particular attention in 1965 when President Lyndon Johnson used the front porch of the post office as the setting for his appointment of Lawrence F. O'Brien as United States Postmaster General. Johnson, whose boyhood home is nearby, also claimed to have mailed his first letter at the age of four from the Hye post office. The population of Hye was estimated at 200 during the 1920s and 1930s. It dropped to fifty during World War II and then climbed gradually from ninety in 1947 to a postwar high of 140 in 1968. From 1970 to 2000 it was estimated at 105." 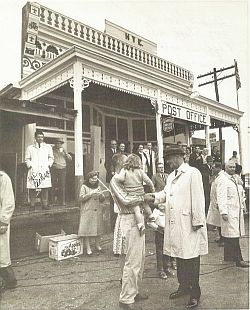 According to the local Heritage Farms web site: "Hiram ("Hye") G. Brown founded Hye in 1880. Hye Brown decided the area needed a post office so in January of 1886, he applied to the US Post Office and on April 17, 1886, the Hye Post Office was established with "Hye" serving as Post Master. Some of the unique happenings at the Hye Post Office are: President Lyndon B. Johnson, at the age of four, mailed his first letter here. Lawrence O'Brien was sworn into President Johnson's Cabinet as Post Master General on the steps of the store in October 1965. "Hye" was born August 4, 1853, in Mississippi; he came to Texas about 1866. "Hye" Brown married Margaret Steen and they had six children."

According to Patrich Watson: "Hiram G. (Hye) Brown .... was born in Mississippi on August 4th, 1853, and moved to Texas with his parents in 1866, settling in Gonzales County. The family moved to Blanco County in 1872, where three weeks later Hye’s father, Willis T. Brown, died and was buried in the Blanco cemetery. In 1874, Hye went back to Gonzales and married Margaret Ann Steen. They lived at Fort McKavett until 1880, when they came back and settled in Hye. Hye decided the area needed a post office, so in January of 1886, he applied to the United States Postmaster General. On April 17th the Hye Post Office was established! It was named after him and he served as postmaster until 1917. The family still has the original letter from the Postmaster General.

One of Hye’s daughters married James Phillip Watson and had two sons Porter and Thomas. They and their wives are still alive and well, and their families still own the family ranch - The 4B."

No longer is there a TXDOT rest stop on US-290 on the E side of Hye.
We welcome inquiries, comments and submission of updates, additions, corrections
& digital photos, without compensation. Send to:
editor@HillCountryPortal.com

HYE HALL: 830-868-2300; 10260 US-290 W, Hye, TX 78635. Facebook. Built in the early 1900s by Hiram Brown, it provided a community gathering space and was used for dances, barbeques, school plays, and political rallies for many years, and then retired. Restored in 2019 by Jason Cook, and now open to the public again. Location: W of Johnson City, E of Stonewall, at Hye-Albert Rd intersection, across from US Post Office.

Note: There are no local utility providers based in the Hye area. See surrounding larger towns of Johnson City, Blanco and Fredericksburg.

Family-owned winery and vineyard operation on the W edge of Hye, Texas in the Hill Country AVA (American Viticultural Area). Founded in 2009, William Chris is first defined by a sensational portfolio of Texas grown hand-crafted wines. An unsurpassed commitment to sustainable wine making and an individualistic style shows through in every glass. Using small batch fermentation and old-world "by hand" techniques we can achieve a level of wine quality which is truly unique to Texas. A century-old farm house, breathtaking views of the Hill Country, handcrafted Texas wines. Come share a piece of our world....

"Helping You
Put The
Pieces Together"

A perfect day in . .
the Texas Hill Country!

Please Donate to
this worthy cause.