MAJOR ATTRACTIONS: See full details for each attraction in City Directory below. 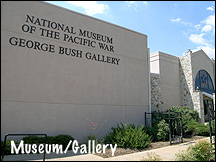 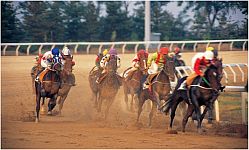 NEARBY & HILL COUNTRY-WIDE ATTRACTIONS:
See Attractions
Some of these nearby attractions include: PARKS: There are many parks in the greater area as profiled on the Parks page. Local city parks include: Parks in the surrounding area include: EVENT CALENDAR: For full details on nearby events see Festivals & Major Events, Trade Days & Farmers Markets, Live Entertainment, and calendars on our other focus topic pages accessible from the menu above.

MEDIA COVERAGE: See full details in Directory below. MAPS: HISTORY: Handbook of Texas Online: Handbook of Texas Online: "The town was one of a projected series of German settlements from the Texas coast to the land north of the Llano River, originally the ultimate destination of the German immigrants sent to Texas by the Adelsverein. In August 1845 John O. Meusebach left New Braunfels with a surveying party to select a site for a second settlement en route to the Fisher-Miller Land Grant. He eventually chose a tract of land sixty miles northwest of New Braunfels, where two streams met four miles above the Pedernales River; the streams were later named Barons Creek, in Meusebach's honor, and Town Creek. Meusebach was impressed by the abundance of water, stone, and timber and upon his return to New Braunfels arranged to buy 10,000 acres on credit. The first wagontrain of 120 settlers arrived from New Braunfels on May 8, 1846, after a sixteen-day journey, accompanied by an eight-man military escort provided by the Adelsverein. Surveyor Hermann Wilke laid out the town, which Meusebach named Fredericksburg after Prince Frederick of Prussia, an influential member of the Adelsverein. Each settler received one town lot and ten acres of farmland nearby. The town was laid out like the German villages along the Rhine, from which many of the colonists had come, with one long, wide main street roughly paralleling Town Creek. The earliest houses in Fredericksburg were built simply, of post oak logs stuck upright in the ground. These were soon replaced by Fachwerk houses, built of upright timbers with the spaces between filled with rocks and then plastered or whitewashed over. 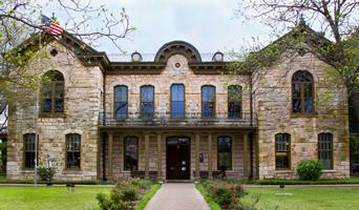 The colonists planted corn, built storehouses to protect their provisions and trade goods, and prepared for the arrival of more immigrant trains, which came throughout the summer. Within two years Fredericksburg had grown into a thriving town of almost 1,000, despite an epidemic that spread from Indianola and New Braunfels and killed between 100 and 150 residents in the summer and fall of 1846. The first two years also saw the opening of a wagon road between Fredericksburg and Austin; the signing of the Meusebach-Comanche Treaty, which effectively eliminated the threat of Indian attack; the opening of the first privately owned store, by J. L. Ransleben; the construction of the Vereins-Kirche, which served for fifty years as a church, school, fortress, and meeting hall; the formal organization of Gillespie County by the Texas legislature, which made Fredericksburg the county seat; the founding of Zodiac, a nearby settlement, by a group of Mormons under Lyman Wight; the construction of the Nimitz Hotel; and the establishment by the United States Army of Fort Martin Scott, which became an important market for the merchants and laborers of Fredericksburg, two miles east of town. After the signing of the Treaty of Guadalupe Hidalgo in 1849, Fredericksburg also benefited from its situation as the last town before El Paso on the Emigrant or Upper El Paso Road.

Religion played an important part in the lives of the German settlers of Gillespie County. Devout farmers drove as much as twenty miles into town for religious services and built Fredericksburg's characteristic Sunday houses for use on weekends and religious holidays. Though most of the original colonists were members of the Evangelical Protestant Church, there were also Lutherans, Methodists, and Catholics. Initially, all communions held services in the Vereins-Kirche, but in 1848 the Catholics built their own church, which was supplanted in 1860 by the Marienkirche (old St. Mary's Church). Also in 1848 the German missionary Father Menzel erected a large wooden cross on Cross Mountain just north of Fredericksburg. The Methodists withdrew from the Vereins-Kirche around the same time, and another group left the Evangelical Protestants in 1852 and formed Zion's Evangelical Lutheran Church under Rev. Philip F. Zizelman. Their church building, completed the following year, was the first Lutheran church in the Hill Country.

The German settlers were also passionate believers in the importance of education. The first school in Fredericksburg was established under Johann Leyendecker, in whose home Catholic services were held immediately after the town's founding. Leyendecker was succeeded as teacher a year later by Jacob Brodbeck, who was in turn succeeded by Rev. Gottlieb Burchard Dangers. In 1852 Heinrich Ochs replaced Dangers; Ochs remained an important figure in the community until his death in 1897. The first public school, with August Siemering as teacher, and the first official Catholic school in Fredericksburg were established in 1856.

Fredericksburg, like many of the German communities in south central Texas, generally supported the Union in the Civil War. Still, despite widespread opposition to slavery and secessionqqv on philosophical grounds, a number of Fredericksburg residents supported the Confederacy. Charles H. Nimitz organized the Gillespie Rifles for the Confederate Army and was later appointed enrolling officer for the frontier district. The Fredericksburg Southern Aid Society subscribed more than $5,000 in food and clothing for Confederate soldiers in 1861. In general, however, the people of Fredericksburg and Gillespie County suffered under Confederate martial law, imposed in 1862, and from the depredations of such outlaws as James P. Waldrip. Waldrip, the leader of a notorious gang, was shot by an unknown assassin beneath a live oak tree outside the Nimitz Hotel in 1867.

The bitter experience of the Civil War strengthened the traditional German determination not to get involved in state and national affairs. The Germans tried to maintain their independence by steadfastly refusing to learn or use English. The first newspaper in the county was the German-language Fredericksburg Wochenblatt, established in 1877, and a teamster who drove freight from Austin to Fredericksburg in the 1880s claimed that the local sheriff, who spoke German and broken English, was the only person in Fredericksburg who could act as an interpreter for him. The most authoritative history of early Fredericksburg was Fest-Ausgabe zum fuenfzig-jaehrigen Jubilaeum der deutschen Kolonie Friedrichsburg, written by Robert G. Penniger for the town's fiftieth-anniversary celebration in 1896. Not until after 1900 were the first purely English-speaking teachers employed in Fredericksburg's public schools.

As the town grew in size and importance, however, its self-imposed isolation was beginning to break down. The first Gillespie County Fair was held in 1881 at Fort Martin Scott and moved to Fredericksburg in 1889. The fair, celebrated as the first in Texas, soon attracted relatively large numbers of visitors to Fredericksburg. The town got its first electric-light company in 1896 and its first ice factory in 1907; by 1904 the estimated population had risen to 1,632. Another factor in Fredericksburg's decreasing insularity was the construction of the San Antonio, Fredericksburg and Northern Railway, the first train of which rolled into Fredericksburg on November 17, 1913, and was greeted with a three-day celebration. The railroad was reorganized as the Fredericksburg and Northern in 1917 and remained in operation until July 25, 1942, when it died, a victim of improved roads and automobiles.

By World War I a number of residents of Fredericksburg considered Penniger's editorial newspaper too pro-German. Another symbol of change was the spring 1928 vote to incorporate, a move the people of Fredericksburg had resisted for eighty-two years because they preferred to use the county as the unit of local government: why, they reasoned, pay two sets of public officials when one would suffice? At the time of the vote Fredericksburg was the largest unincorporated town in the United States, and the increasing size and complexity of both the town and the county made a change necessary. The 1930 United States census, the first in which Fredericksburg was included, gave the town's population as 2,416. Thereafter the population grew slowly but steadily, reaching 3,544 in 1940, 3,847 in 1950, 4,629 in 1960, 5,326 in 1970, and 6,412 in 1980. As Fredericksburg grew it became the principal manufacturing center of Gillespie County. At various times it has had a furniture factory, a cement plant, a poultry-dressing plant, granite and limestone quarries, a mattress factory, a peanut-oil plant, a sewing factory, a metal and iron works, and a tannery. As early as 1930, however, the town was also becoming known as a resort center, with a tourist camp and hunting and fishing opportunities; a significant part of the town's economy continues to depend upon its ability to attract the tourist trade. One of the organizations that has helped make Fredericksburg an important tourist center is the Gillespie County Historical Society, founded in 1934 to preserve local history and traditions. Its immediate goal was the completion, with the help of the Civil Works Administration, of a replica of the Vereins-Kirche, which had been torn down in 1897. When it was completed in 1936 for the Texas Centennial celebration, the structure became the home of the Pioneer Museum. After the museum was moved in 1955 the new Vereins-Kirche became the home of the Gillespie County archives. Another local structure of some historical significance is the Admiral Nimitz Center in the old Nimitz Hotel, commemorating native son Adm. Chester W. Nimitz, a hero of World War II (see NATIONAL MUSEUM OF THE PACIFIC WAR).

In the 1980s Fredericksburg had thirty-eight restaurants, thirteen motels, a resort farm, a campground, three art galleries, and twenty antique stores. In addition, the town was the site of a number of annual events, many of which recall Fredericksburg's German pioneer past, which attracted visitors from throughout the state. Among these events were the Wild Game Dinner (for men only) in March and the Damenfest (for women only) in October, both of which benefit the Fredericksburg Heritage Foundation; the Easter Fires Pageant; the Founders Day celebration, on the Saturday nearest May 8, which benefits the Gillespie County Historical Society; A Night in Old Fredericksburg, in July; Oktoberfest; and the Kristkindl Market and Candlelight Homes Tour, both in December. The Gillespie County Fair is held in Fredericksburg on the third weekend in August; the fairgrounds are also the site of racing meets on Memorial Day and the Fourth of July and a hunter-jumper horse show in June.

HISTORICAL MARKERS: There are many markers in this historic area.

NOTES:
We welcome inquiries, comments and submission of updates, additions, corrections & digital photos,
without compensation. Send to Editor at:
editor@HillCountryPortal.com